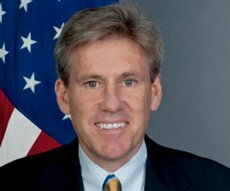 After studying history at Berkeley, Stevens, like so many graduates, joined the Peace Corps and taught English in Morocco. This experience sparked an enduring affection for the Middle East that led to a long-term successful career in the foreign service with postings in several countries. As the U.S. Ambassador to Libya, he strongly supported the revolution to unseat Moammar Gaddafi and was a champion for the country’s emerging democracy. He was killed in an attack on the U.S. Consulate in Benghazi, Libya, on September 11, 2012. In a tribute, President Obama said of Stevens, “He was a role model to all who worked with him and to the young diplomats who aspire to walk in his footsteps.”