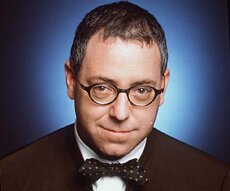 An integral contributor to some of the most intriguing independent films of the last two decades, Schamus has the unique distinction of being an award-winning producer and screenwriter who is also an executive.  As CEO of Focus Features, he is unafraid to take risks with innovative filmmakers and daring stories that challenge the mainstream. He has collaborated with writer/producer Ang Lee on 11 films, including Crouching Tiger, Hidden Dragon, The Ice Storm, and Brokeback Mountain. Taking his passion for the screen to the chalkboard, Schamus also teaches film history and theory at Columbia University.